Why Do We Think So Short-Term in Marketing?

Why Do We Think So Short-Term in Marketing?

When I was a Little League coach a few years ago, I remember the first team orientation meeting clearly. The league coordinator was giving a talk about other baseball equipment that each coach could buy – such as the nets, tees, bats, etc. – to supplement the balls we were given for the practices. He said: “Just go to Dick’s” and he even gave directions to the closest one. He was, of course, referring to Dick’s Sporting Goods.

Talk about a textbook example of brand awareness!

What was interesting – at the time, there was actually a closer sporting goods store about a block away but Dick’s was the brand he thought of first. And today, the retailer’s name is indeed synonymous with sports equipment.

But that wasn’t always the case.

A little more than a decade ago, Dick’s Sporting Goods was just one of several sporting goods retailers around in the country. And back then, it was still a primarily lower-funnel marketing machine known for its flier in the mail with discounts on the most in-demand seasonal products. But the leadership at Dick’s saw the writing on the wall of that approach: The need to develop the brand in an era when Amazon and online retailing was only getting more fiercely competitive. So, the Pittsburgh-based retailer brought in an executive from Pepsi (who happened to be my friend Lauren), and she began a process of revamping the marketing efforts. For the first time, Dick’s started investing in brand ads for television, video, and introduced innovative campaigns such as #sportsmatter to increase positive awareness of the brand. The changes took some time take hold, but eventually the longer-term approach paid off.

Today, Dick’s is perhaps the last major sporting goods retailer standing. It’s certainly not without threats (including Amazon, Target, Walmart, etc. and a pandemic that has thrown everything into question). But the point is, Dick’s has made it and is growing. And likely, were it not for the investment in a longer-term branding strategy, it may have gone the way of Sports Authority or Modell’s or any other struggling retailer.

Yet despite the evidence that brand-focused campaigns work, many companies’ marketing efforts remain the equivalent of the Dick’s newspaper flier. They push out “buy now,” “25 percent off” messages through email and focus efforts on those ready to buy, while ignoring the large potential to expand the brand to a wider audience. And yes, not every company has the marketing budget the size of Dick’s Sporting Goods. And not every company has a CEO willing to think more long-term to grow the business.

That said, many companies still aren’t even investing in the right content or cost-effective operations that could help them build awareness of the brand in the longer term (without spending a Super-Bowl-commercial-like budget).

Take SEO, for example. It’s no secret that investing in SEO pays off. Ranking high for relevant search terms for your potential buyers is important for not only discovery but also for purchase. Yet when many companies take on the effort, they do it for a few months, and then abandon it, realizing it’s a.) A lot of work and resources, and; b.) After a few months, they don’t see the return. The problem, of course, is that SEO often takes 6 to 12 months before one can see the results. And the companies that aren’t patient or don’t commit the resources needed for that period will indeed lose out.

That’s the core issue with a short-term approach: you end up chasing dollars every quarter without putting in a foundation to truly grow.

I knew a CEO once whose general mantra was to ensure that he made a return on any marketing investment in that same calendar year. (In his defense, he managed the costs of the organization in an extremely effective manner and ran the organization in the black every year, which is not an easy thing to do by any means.)  But what’s interesting was that he didn’t use the same logic when it came to other expenses such as a new HR system or even technology platforms, which he viewed as more long-term investments perhaps due to the added benefit of the depreciation of those assets over time.

The logic he applied to those latter purchases, though, was the right one I would argue. He sought a return from those assets over time. In other words, he looked at them as investments that would pay off years down the road. Yet, too often we don’t do the same thing in marketing. We expect marketing to turn around results immediately, whether that’s a brand campaign or a SEO initiative. It’s understandable given the day-to-day pressures companies find themselves in. But the short-term approach we take in marketing will often lead to two things: 1.) Fatigue – squeezing every dollar you can out of your existing audience, and; 2.) Fallout – eventually companies lose those customers and don’t gain anyone in their place – leading to declining revenue over time.

When we talk to students in our marketing course, we often emphasize that the need to balance long-term and short-term approaches, investing in efforts at all levels of the funnel. Just doing “buy now” marketing at the lower-funnel level, we often say, is a lot like eating fast food: You’ll feel good in the immediate term, but in the long run, you’re not doing yourself any favors. Whereas the vegetables you buy may cost a bit more and take time to prepare but, in the end, you’ll come out healthier.

It may seem funny to liken good marketing to eating your vegetables. But if you think about it, it’s not an incorrect metaphor. If you need proof, just think about Dick’s Sporting Goods – or what happened to its competition. After all, if it’s a question of whether or not you still want to be around in a few years, the healthier option becomes pretty obvious. 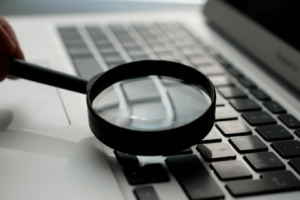 The Five Steps of SEO for Small Businesses 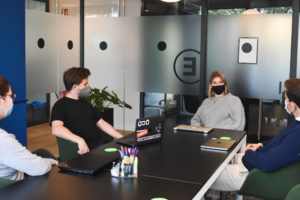 5 Marketing Tactics to Employ While the Pandemic Continues

If you look at most economic forecasts for the coming[...] 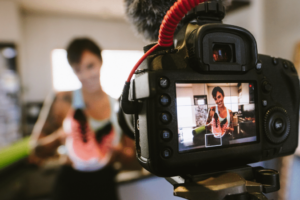 It’s no secret that video marketing continues to grow in[...] 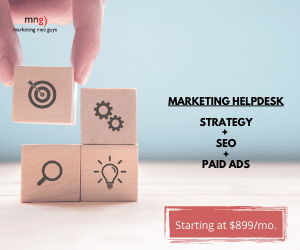